Training in CPR in Honolulu 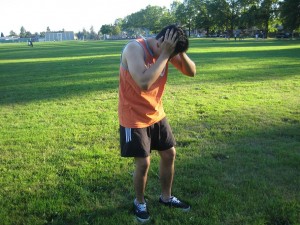 First aid lessons include recognition and management of conditions such as cerebral aneurysms, characterized by the sudden onset of a severe headache.

Honolulu CPR is a n up and coming training provider located in the state of Hawaii. Because one of Hawaii’s primary economic resources is tourism, you can expect a great number of tourists visiting the country each year. Water sports such as surfing is a popular activity, but also a dangerous one. Drowning is one of the most common causes of cardiorespiratory arrest on the islands. That said, being a trained CPR rescuer in Honolulu can be very useful.

Heart disease in the USA

According to studies done by the WHO and CDC, heart disease remains the number one killer of American men and women. Back in 2009, more than half of the total number of deaths caused by cardiac arrest in the US were men. Ischemic heart disease particularly, is the number one cause of mortality in the entire world. Coronary artery disease (CAD) kills as much as 400,000 people each year.

Who is at risk?

The following risk factors also predispose a person to developing a heart disease:

Learning to modify these risk factors is an important way to prevent the occurrence of cardiac arrest or in layman’s term, heart attack. As trained CPR and first aid rescuers, you need to be aware of what causes a heart attack and what actions can be done to prevent them.

BLS programs are self-explanatory – they focus on the basic skills and techniques used in CPR, primarily: compression, ventilation, and defibrillation. They will either teach one or two-person rescue or both. First aid is also included in all three of the BLS programs at Honolulu CPR.

ALS programs are only for healthcare professionals, teaching medical management of cardiac arrest. Because medical management skills can only be performed by professionals, we require trainees to have a valid BLS for HCPs training credential before they can begin ALS training. There are only two ALS programs offered at Honolulu CPR, one for adult victims and the other for pediatric victims.