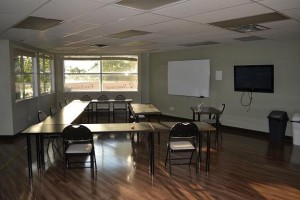 Our spacious training and lecture room

Cardiopulmonary resuscitation is a lifesaving skill that is seen as vital in and out of an organized medical environment. When CPR was first introduced in the 1950s, it was seen as a revolutionary skill that could revive a victim of cardiac arrest. However, for victims who were terminal or nearing death, cardiac arrest was slowly being seen as the final stage or station in their lives. CPR then became something that was interrupting the natural progression of life.

This was the beginning of a concept called “Do Not Resuscitate”. DNR forms were offered to victims or victims’ families who did not want themselves or their loved ones to receive CPR. The form allowed them to waive the hospital’s responsibility if the patient died because CPR was not given. Other studies even go so far as to describe CPR as a desperate measure with little chance of survival for the patient. With these things in mind, DNR forms have become available in all medical institutions in the US.

Getting trained in CPR still remains to be an important skill to healthcare providers (HCPs) and the public. Studies still recommend that the general public get trained in Basic Life Support, a program that covers the basics of giving CPR as a bystander. This is in tune with with statistics that over 300,o00 cardiac arrest happen outside of a hospital, with only 30 percent receiving CPR. 92 percent of these people die even with CPR given.

Out of five programs, only three have re-certification programs. Re-certification classes are offered to rescuers with certificates that are nearing expiry not expired. If your credential has expired, you cannot sign up for re-certification- instead you have to take the training program again.