Treating A Fractured And Broken Nose

Overview Of A Broken Nose 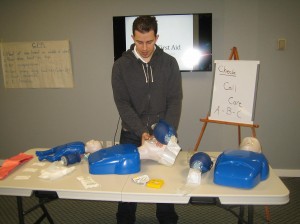 A broken nose is a standard injury, generally caused by direct force to the face.

A broken nose will be sore, inflamed and red. Other distinctive symptoms are:

Treating Your Nose At Home

You can generally treat your broken nose at home, by applying the following guidelines:

When To Visit Your Doctor

Phone your doctor if: