Endometrial cancer is one of the most common cancers affecting women. It affects the upper lining of the uterus, which is a pear shape, hollow organ in the pelvic area where the fetus grows and develops. The cancer is characterized by an abnormal uterine bleeding which helps in diagnosing the condition at its early stage. The cause of endometrial cancer is unknown, but the risk of developing it is higher among those who are obese, women who have never been pregnant, early puberty, late menopause, those who received estrogen replacement therapy without supplemental progesterone and a family history of other types of cancer. 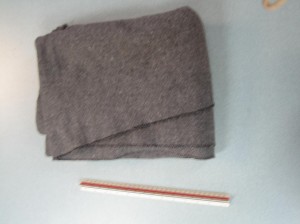 A first aid blanket can keep the person warm during bleeding

The symptoms of endometrial cancer

The symptoms of endometrial cancer include the following:

Uterine bleeding is the most common symptom of endometrial cancer. It occurs in nine out of ten endometrial cancer patients. Uterine bleeding usually results from the imbalance of hormone estrogen relative to progesterone. When there is an increased estrogen and decreased progesterone level, shedding of the blood of the endometrium occurs resulting in uterine bleeding.  It is best to monitor any abnormal bleeding that is often mistaken as an irregular or frequent menstrual cycle. Take the person immediately when severe bleeding occurs and the person suddenly feels dizzy, feel likes fainting and looks unusually pale. Other symptoms that should warrant a first aid management include the following:

Should any woman observe the above symptoms or any abnormal and suspicious changes in the menstrual period, make sure to see a doctor immediately. Your symptoms might already be an indication of an early stage of endometrial cancer that can be treated upon early diagnosis.