Drug abuse occurs when an individual administers one or more drugs into their bodies in a way that is not in accordance with accepted medical or social norms. Drug abuse is a disorder, a health problem, that is characterized by a damaging pattern of use of these drugs, which eventually leads to further substantial problems. The most commonly abused drugs worldwide are marijuana or weed (cannabis), heroin, cocaine, ecstasy and other club drugs, amphetamines, inhalants, anabolic drugs, and even prescribed drugs.  Marijuana has produced the most number of offenses in the recent years.

Drug abuse is a serious problem that is affecting millions of people worldwide, including young teens. Some of the main consequences linked with drug abuse are violence, crime and child abuse under the intoxication of these drugs. Despite its plenty of detrimental effects to one’s health and society, a large of amount of people continue to use it and worse, become addicted to it. Although the crime rate in some areas of the world have decreased, drug-related offenses have increased.

Nature and nurture both play a role in increase one’s likelihood of developing drug abuse. Use of drugs usually begins to satisfy one’s curiosity but as in some cases, it leads to abuse and addiction. The following are known factors of increasing risks of drug abuse:

It should also be noted that injection or smoking of drugs increases its addictive potential.

Signs and Symptoms of Drug Abuse

The signs and symptoms of drug abuse are either classified as life threatening emergencies or high priority to transfer.

Signs and symptoms of drug abuse that are considered life-threatening emergencies must be given immediate medical attention.

Signs and symptoms of drug abuse that are considered high priority to transfer must be transferred to the care of the paramedics or medical personnel soonest possible time, although not as serious as life-threatening emergencies.

The following steps are strongly recommended in cases of drug abuse: 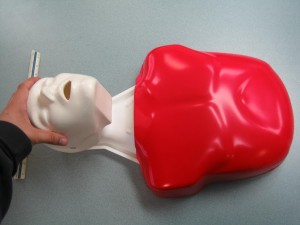 Learn how to detect signs and symptoms and manage casualties of drug abuse by enrolling in First Aid Courses and CPR Training.