By definition, emergency medical care is prompt care that must be 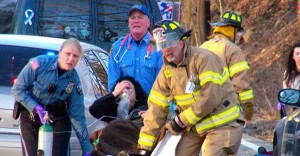 performed without delay as much as possible. In a medical institution’s emergency department, the staff and personnel in the aforementioned special unit will be facing a multitude of patients with diverse medical and disaster related conditions and injuries some of which are extremely life – threatening while some are not. Moreover, these different kinds of problems might be presented simultaneously at any given time in the emergency department. One very important principle in emergency care universal in all emergency situations in almost all EDs is triage.

The word triage is can be traced from the French word “trier” which means “to sort”. In the daily practice and routine of in the emergency department, triage is primarily used to sort out multiple medical patients/victims with injuries into sets based on the initial assessment of receiving medical personnel based on the severity their health conditions/sustained injuries as well as the immediacy on which these problems must be treated accordingly.

The most basic and widely used triage system which is accepted by all medical institutions around the world has basically three categories namely: emergent, urgent and non-urgent. Patients with emergent conditions are classified as the highest priority with existing conditions that are considered to be life-threatening in nature which any delay in care will certainly result in death. Urgent patients on the other hand have serious health problems/conditions but are not necessarily life-threatening of which they can be attended to within 1 hour. Finally, non-urgent patients are generally those with episodic illnesses that can generally be addressed within 12-24 hours with the exception of those with increasing morbidity. A fourth class which is recently introduced as “fast-track” care specifically caters for individuals that require basic primary care or simple first aid and can be treated in the ED or in a physician’s clinic.

A much refined triage system used in the United States, Australia, the United Kingdom and Canada is called the five-level triage system. Generally, this five-level triage system is basically a more comprehensive system which has been used by several developed countries that are considered leaders in the frontier or medical science, to give a more holistic and complete approach in treating multiple patients for both emergencies as well as routine care. This triage system has five levels namely: resuscitation, emergent, urgent, non-urgent and minor. With the increased levels of this triage system it allows for a more precise determination of more urgent needs of patients and the urgency of the treatment required for their care.

With the inclusion of resuscitation in the already accepted three-tier system allows for a more accurate treatment to prevent death to patients in this classification. Patients in the minor category gave basically no life-threatening conditions and are most likely not requiring resources to provide for their evaluation and medication management.

Routine ED triage protocols vary significantly outside the premises of the emergency department from the triage protocol systems used in major disasters and mass casualty incidents (known as field triage/military triage). Basically the latter triage system directs all available but scarce resources to individuals who can benefit the most and have the best possible chance for survival. In other words, this specific triage system is highly selective in choosing recepiants of resources and care.