In many situations, such as playing sports, being involved in an accident, falling down or being involved in a fight, a person is going to suffer a nose injury. This can cause bruising, swelling, pain and bleeding of the nose. In most cases, you will simply need home treatment to help with the issues. 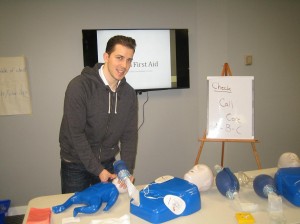 Nose Injury: When it is Serious

If your nose is broken or not, there are still situations in which this can become serious. For example:

The Complications Of A Nose Injury

If your nose is broken, it will heal on its own. There are rarely times when this is not the case. However, there can be problems that develop due to this injury including:

For those who have a minor injury, they are going to find that with the use of pain medication and nasal decongestants, they will be fine. In the event, that the nose is broke, a doctor is going to need to set this. Swelling that the person is experiencing will go down within two to three days, but could take up to two weeks to go down. A person may have to wear a splint on their nose in order to ensure it is protected and healing during this time.

The following methods might be useful in treating nose injuries: